July 2019 Nandax France, in a really close fight with his pponent Richard Schaffenroth Matthias could win the WC-Titel in the category of the fullyfaired recumbents. The competition consist of four races: an uphill race (5km with average 5% slope) two sprint races 200m and 1000m and a 3h criterium race. König won two of the races and placed two times second. Due to the better time differences to his opponent he could beat him.

You find all results on: https://www.afvelocouche.fr/world-championships-2019/ 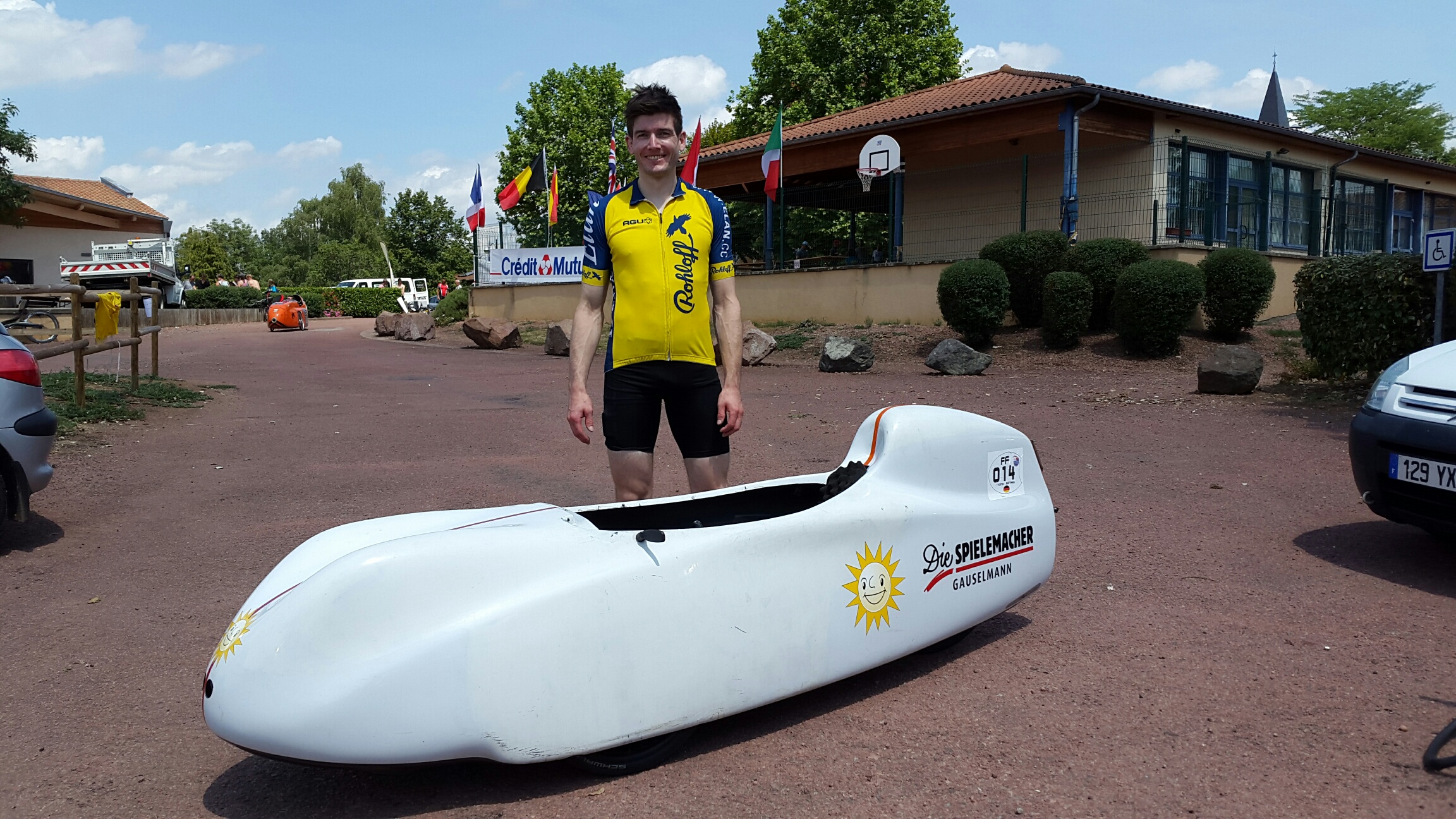 Matthias with his Milan CAS MKII SL made by Räderwerk Hannover.